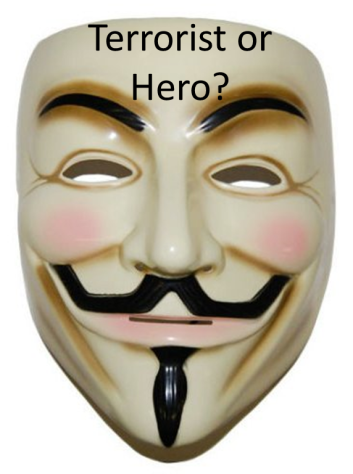 Before confronting the ideas of Thomas Hobbes, John Locke and other late 17th and early 18th century thinkers and what their ideas might mean today, it would be well to go over a bit of period history. King Henry VIII of England was the Tudor monarch who created the Church of England because the Pope in Rome would not give him a divorce. Henry’s daughter Elizabeth I was one of the greatest monarch’s in English history.  Fortunately or unfortunately, the Tudor line died with her, but not before she set Britain firmly on the path to globe spanning empire. Before, during and after Elizabeth’s reign Britain was wracked by sectarian struggles, political intrigue and the never ending attempts by those aligned with the Catholic Church to regain the throne for one of their own. A notable episode was the Gunpowder Plot to blow up Parliament during the reign of James I, he of King James Bible fame. Co-conspirator Guy Fawkes is still burned in effigy as a traitor and terrorist who wanted to destroy the Protestant leadership in one blast to make Britain Catholic again. Fawkes has recently been used as a symbol for freedom by anarchists whose like the real man most likely would have been killing in Holland and Belgium as an enlisted soldier during the 80 Years War. During this time of uncertainty, British culture came into full flower and sported some of the greatest dramatists (not only Shakespeare), poets and men of science the world has ever known.  During Henry VIII’s reign and afterwards, the parliamentarians (roundheads) and royalists (cavaliers) sniped at each other over how England would be ruled. Ultimately, civil war broke out in the 1640’s. The result of the war was that the king was beheaded and the monarchy ended, at least for a time. The English Commonwealth and then Protectorate that replaced the monarchy was ruled by Oliver Cromwell and then his son. The rule over England was firmly in Parliament’s hands only after the Glorious Revolution of 1688. While the monarchy was ultimately restored, the “constitution” of Britain, being a balance of powers between classes and interest groups with power shared among branches of government rather than concentrated completely in the hands of one person, was firmly established and has continued to this day. All throughout the 17th century, Britons were fighting sectarian battles amongst themselves and also fighting off attempts by various foreign powers to claim the throne. Catholics became a persecuted minority in much the same way Japanese and German Americans did during World War II and fights continued between the adherents to the official Church of England, who were mainly Tories, and Protestant groups including the Calvinist Puritans and Scottish Presbyterians.

Thomas Hobbes (1588-1679) was a monarchist Tory who most feared the mob and the anarchy through which he had lived in Britain. After being exiled as a result of the civil war, he wished to make his peace with the government of Cromwell while upholding principles which he believed would be the foundation for all subsequent political thought and form a textbook for teaching leaders. Hobbes famously said that in a state of nature, where all men are equal, life is “nasty brutish and short.” There is no trust or basis for any sort of agreement between persons in a state of nature where each is at war against all. Consequently, enlightened self-interest makes men choose to give up liberty for the sake of security. While each person has a natural right to protect himself, each is afraid of everyone else and so he delegates sovereignty over himself and others to a leader over all (“the sovereign”) who is beyond the law and whose rule is absolute. Hobbes was cynical about human nature and believed that self-interest, or egoism, and fear are the driving forces of significance in human behavior, which makes Ayn Rand an intellectual heir. He said egoism and fear ruled out altruism and also produced positive results in generating the common security desired. Therefore selfishness is not a negative force but actually the standard of moral value. At the same time, Hobbes also insists all are by nature equal in that they have an equal capacity to kill each other.  It is enlightened self-interest that makes them wish to do unto others as they would have others do to them. They need the sovereign to guarantee this state of affairs by making potential cheaters too afraid to think they can take advantage of rule followers. Despite a view of human nature and political association darker and more supportive of authoritarian rule than Machiavelli’s, some say Hobbes was a principal author of modern liberalism, if one takes liberalism to be what it meant in 19th century Britain and America, since he taught that all political duties or prerogatives are derived from the individual’s natural right to self-preservation.  Hobbes was in those terms illiberal in that he believed the sovereign was above the law including any contracts between subjects. It would appear to be consistent with Hobbes’ view that the government can lie to or about subjects or “nudge” them for their own good where the sovereign himself is the sole arbiter of that good and is not held to any standard enforceable by law or the government’s other functions. This is in fact more consistent with modern “liberalism” than is Locke, who would not have accepted Machiavellian subterfuge as either necessary or justifiable based on nature’s law. While emphatically stating the sovereign has total power, Hobbes also says that no one can be said to have laid down his right to resist anyone who attempts to deprive him of his life. Consequently a people have the right to rebel against a sovereign who violates the basis of his power. Hobbes was against hereditary monarchy but believed democracy was inferior to almost any other form of government and is merely an opportunity for many to seek benefit for themselves at the expense of their fellow citizens.

20th century philosopher and historian Ernst Cassirer said that the Cambridge Platonists shared an historical connection with the Neo-Platonist Italian Renaissance Magi, such as Ficino and della Mirandola. Cassirer himself represents a modern instance of what these Cambridge thinkers of the late 17th and early 18th centuries were about: the unification of mental experience and learning under a contemplative umbrellas that is neither a proxy for materialism nor a denial of our ability to understand reality beyond sorting words and experiences that can easily be measured. Naturally with his moderate and inclusive view, Cassirer was not a favorite of the NAZIS, who made Heidegger their official philosopher because he signed up and helped them justify their delusions. This is sad, because Heidegger’s work has a lot going for it. Heidegger was both notorious and celebrated and so became main stream. He was also often mentioned, though his dense work much less frequently read, by Marxists and other 20th century ideologues. Out of step like Cassirer were the un-hip Cambridge Platonists. This group eschewed both religious extremism and what they viewed as the atheism of Hobbes. Neither empiricists like Hobbes & Locke, nor Puritans like Oliver Cromwell, these thinkers maintained and carried forward a tradition that was not purely a repristination of Plato, but a synthesis of Plato, Plotinus, early church fathers especially Origen and Augustine, and medieval synthesizers and exemplars of original thinking and broad-mindedness like Boethius, Ockham, Aquinas and Nicholas of Cusa. Ralph Cudworth in particular did not approve of Hobbes but also believed the Calvinist Puritans were on the wrong track in supposing that reason is ultimately worthless in understanding God’s will for us. The Platonists always wished to harmonize what they saw as the best of human nature, including reason, to lead a life that was moral and purposeful but comfortable in its own skin and not looking to divide. Extant and later empiricists, like George Berkeley, would claim that common sense and evidence suggest that perception is reality and any form of abstraction is illusory, a viewpoint which carried forward into later attacks on metaphysics from the likes of Wittgenstein. Whether this extreme division is done to defend the faith or render it moot, The Platonists viewed the attempt to segregate what reason can fathom and what the heart can perceive as misguided. Consequently they are all but forgotten both by materialists and religionists and even monkish analytic philosophers.  Cudworth drew from some of the same sources as Hobbes notably Descartes, whose genius he appreciated but whose mechanistic theory he sharply disfavored.  For Cudworth, man has the ability, both built in and teachable, to discern God’s purpose in nature. He firmly rejects the sharp dichotomy Descartes makes between spiritual and material worlds. Cudworth believed in the immortality of the soul and that if God were as advertised the afterlife would not be where the elect got to have a cosmic weenie roast and watch those destined to be damned burn forever. No just God would arrange such a mess as this. Cudworth and the other Cambridge Platonists turned their backs on the Cartesian interpretation of nature and attempted to return to a view that was in line with what leading Medieval and Renaissance thinkers upheld. For them, the mind can perceive eternal moral principles and values which are invariable and not relative to a particular culture or place. For these thinkers and teachers of all ages who are sympathetic to this timeless and globe spanning view, ethics is not a fungible and relativistic or casuistic series of rules, but rather is about understanding mindfully what everyone is essentially programmed to know. This notion would be important to think on today as we see the moral and even operational bankruptcy of the mechanistic and fanatical viewpoints play out all around us.