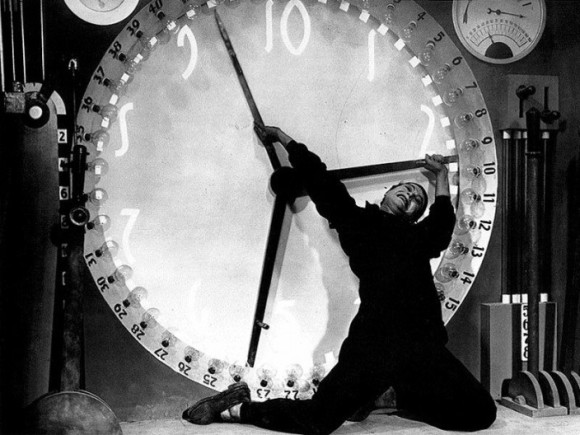 Once upon a time company men signed on for life. They might have had frustrated inner lives like characters by Cheever, Bellow or Wilson, but they provided a nice living for a growing family on one income. They were mostly loyal vassals and were rewarded for loyalty by their lords, especially if they worked for a firm like IBM or GE.

As everyone knows, those days are gone — probably forever. That time may or may not have been a golden age in any other respect, but a large number of workers whose careers spanned the 50’s, 60’s and 70’s had it good economically and enjoyed leisurely retirement in unprecedented numbers. They had a lot of children a record number of whom went to college and many of those graduates have done well also. Their parents pampered those kids and industries sprang up to cater to their numbers and their needs. The growth of consumerism brought with it easy credit to fill up the houses and bellies of the burgeoning middle class with more and more neat stuff.

Since the days of broad and broadening prosperity in the U.S., median income has risen steadily with some recession hiccups. Home ownership, once considered the sine qua non of the American dream, is a reality for a sinking but still high percentage of the adult population and home values for those who do own are higher than ever, creating a wealth effect for owners. American prosperity and consumerism have been the drivers of the world’s economy since World War II ended. There are more millionaires in America than ever before. So what’s the problem?

For one thing, 16% of American kids are poor by government measures that have not been properly adjusted for inflation or geographic region.  The likelihood is, about one-third of the America’s children are really poor – not just lower middle class. Others are sliding down and some are sliding up the income scale. Illiteracy in America is high and growing, and pretty much everyone agrees that public education has failed but there is no consensus on what to do about it. Real incomes have stopped climbing and in some areas and for whole industries have been shrinking for decades. Government spending has continued to explode and so has government borrowing. Consumers are still mainly optimistic, but they are awash in debt to fund a lifestyle that their probable lifetime incomes make unsustainable. The total tax burden on individuals in the U.S. was once relatively modest but now rivals all but the most socialistic regimes in government rake-off while being unparalleled in paucity of value delivered for most tax payers. The only way we can fund entitlements is to increase the workforce, so the government is allowing the borders to be porous to immigrants even as it helps private industry send higher paying jobs overseas.  The long-term prognosis for the economy is at best uncertain, at worst a disaster in the making.

Luxury goods purveyors call this a bar bell economy. BMW has made record profits consistently since 1992 and most of that is due to sales in the USA. Executives at the premium makes have long known that America is changing. Once the egalitarian melting pot where a lot of people actually made the median income and could live on it, in most cities America is now divided into haves and have-nots on a scale not seen since the Great Depression. For companies like BMW, this means finding ways to beat the competition with great products while remaining an aspirational purchase for a small elite.  They watch production very closely – being careful not to build more units than they can sell.  Most luxury brands are not likely to be so successful at this in the coming years.

Many employers are facing a tough economy by increasing productivity without increasing investment in people or capital improvements. This is code for what assembly line workers used to call speeding up the line. It works until the people or machines break down. Run until fail is the model they use when they can’t think of a plan. In the main, employees are afraid to open their mouths and are putting up with it.

Official statistics belie the reality. The official unemployment rate is low, but real unemployment would need to account for how many people are off the scope because their benefits expired without their being rehired or who work three jobs now to make ends meet when formerly one would do.  Today, millions of Americans feel trapped, powerless and unable to see the light at the end of the tunnel. Corporations have tightened their belts, postponing equipment purchases, limiting travel, putting employees in tiny and airless work spaces, extending hours while freezing salaries and new hires and on and on. Mainly, the message workers have heard is, this is the new reality so get used to it. For their part, workers have mainly soldiered on, doing what the entire world needs them to do – namely keep working and spending their pay on everyone else’s stuff while staying magically aloft courtesy of low-interest rates and short-term tax cuts. Successive administrations have pushed through tax cuts designed to goose consumption while increasing government reliance on borrowing to avoid making tough choices on expense reduction. This may provide a short boost to the economy but in no way addresses problems people face.  Those who own homes still feel house rich due to the low rates so the lack of increasing income has not hurt them the way it might have before. Eventually, however, the pixie dust wears off and Peter Pan has to come down to earth.  If Americans can’t count on prosperity or a fair deal then nobody can count on them being the engine of the global economy through continued and increasing consumption.

To deal with this reality it is necessary for each individual to do for him or herself what corporations have done. We must save more, spend less and trim the fat from the balance sheet. We must treat everything in our lives as either a core or non-core need or asset. Core needs have to do with what we truly value and can leverage in our lives, and I don’t just mean money. Non-core needs must be postponed and non-core assets must be eliminated. A non-core asset is one that might throw off cash but does not fit in with our overall game plan for success. For individuals this includes jobs we hold only because they provide steady income but that we would quit, “if we could.” If you find yourself in this situation you are waiting to be fired and you’d better take matters into your own hands. The first step is to rouse your torpid free self, look in the mirror and say three times, “I am not a slave.” Do this five times a day if you have to.  The fact is each of us forges his/her own chains. It is understandable that others exploit that situation. But, you don’t have to give them permission. If you want to achieve financial or any kind of freedom you must grab hold of your chains and start to break them. This might be very, very hard. I know it is for me. You must start with a nail file if necessary.

The first place to start filing is at our own need. I will talk about this in various ways. For right now, I mean to focus on the belief that a salaried job with benefits is a reasonable trade-off for being self-determining, especially when one considers the hassles of running a business, the risks involved, the stress and the fact that most of us aren’t really cut out to be entrepreneurs. The trade-off is false. It is not either be a slave to an employer with all its pluses and minuses or be a slave to a business where we are part owner and either way being a tax serf and debt drone. A better choice is be a free person and an employee because it suits us or be a free person and entrepreneur because it seems like a good thing to do. You must first decide for yourself how you define freedom. Or, one may choose to be a slave. At least realize that this too is a choice. Freedom is your right, but it never comes without struggle.