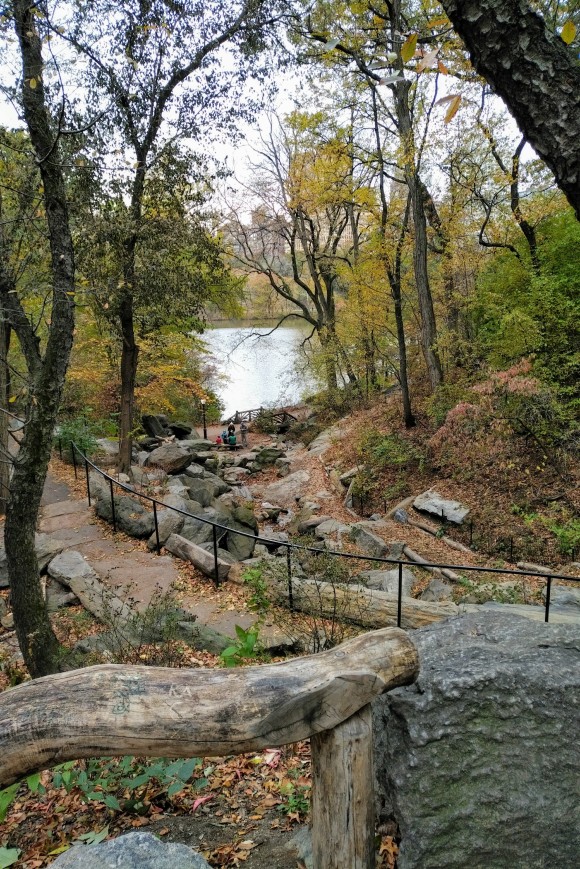 I want to state unequivocally that I believe good karma and bad karma both come back to you. This is not a statement of faith so much as an observation about the way things work. You may be able to step on the neck of a boss now and then but if you make a habit of treating people shabbily it will haunt you. On the other hand, if you help people without always asking what’s in it for you, you will find that good things happen. This is not mysterious. Every marketer wants good word of mouth to cause positive consequences for his brand. Your business of you is no exception. This is the sense in which I care very much about my good name. I believe in playground rules. If you are a friend to underdogs and stand up to bullies you can’t go far wrong, even if most people fear you more than like you. Behaving in such a way will enhance respect of self as well as respect by others.  This does not mean I think the outcome is predetermined, that good always triumphs or even that nice guys always finish last.

I learned as a Boy Scout to “be prepared.” I was taught to be mentally and physically ready for anything, to do a good turn daily and generally, to practice how to be a man so that I would one day become one. That training was very good for me. Not living in a perfect world, I also learned as a young person how to fight with my fists and how to stand up against what I thought was wrong even when the odds didn’t look especially good. These traits occasionally got me into trouble, but also taught me life lessons. Unfortunately, the era of free range kids like I was is long gone.

Now I find it occasionally funny but mainly sad that grownup Americans are afraid to ever put a foot wrong, speak out of turn or take personal risks. In my work life I have always remembered that the worst that employers could do to me was fire me. I do not recommend working for people who are likely to either kill you or lock you up if you cross them.

One is often expected to be a “team player.”  Being a team player is a good thing as long as there is a real team and the rules of the game are known and accepted by all participants.  When these conditions are not met, team player means flunky. I try always to be a team player and never a flunky.  A team player pulls his/her weight and does his job and then some. A team player shows up for practice, not just for big games. A team player is not a lick spittle or milquetoast with management because s/he needs to be respected by peers.  A team player uses her head during the game. Not content to just cover her opponent, she anticipates the development of the play and is where she can assist in the goal if her own shot does not develop. This kind of team play takes the kind of commitment and energy that comes from participating in a voluntary enterprise. Team players are always there for the love of the game. Whether they get paid or not, team players behave like amateurs, not professionals. As a culture, we’ve chosen badly in the hierarchy we have accepted for those words. An amateur is literally a lover – one who does something because s/he wants to. A professional is a mercenary – one who does something only for pay but paradoxically is not invested in the outcome.  Now which would you rather be?

The Russian philosopher and scientist, Peter Kropotkin, attempted to reform Social Darwinism, our law of the jungle. He pointed out that successful species are not only the most ruthlessly competitive. The struggle for survival is the struggle to adapt to changing conditions, as Darwin said himself. Cooperation is a most effective adaptive behavior. It is always dangerous to force fit natural selection, survival of the fittest, into the mold of a social dogma for humans. The Social Darwinists of the 19th century created a system of thought that had great influence on our culture and how the powerful justify their position in society to this day. Social Darwinists argued like Voltaire’s Panglossian Leibniz parody that all was for the best in this best of all possible worlds where the people who deserved to be masters were made so by the force of the market. To go against this was believed to be like going against nature. Kropotkin believed that this all sounded very scientific, but missed the point. Humanity has the superior adaptive ability granted a social, and therefore adaptive animal. This does not mean that mankind is at the apex of evolution—there is no such thing. There are no social structures that are inevitable and all are instrumental. To the extent that they make good traits die out of the race and waste human and other natural resources our social structures are dysfunctional and ought to be replaced.  This type of reasoning has yet to arrive in most businesses.

I am reminded of the heroine in Terminator 2 who fought to prevent a future where machines ruled and persecuted mankind. She believed as a creed worth dying for that, “there is no fate but what we make.”  This is a mindset that is consistent with freedom and with being a team player, but inconsistent with being a slave. It is possible that homo sapiens will be replaced by an evolutionary successor that is either all machine or part man and part machine. The question is whether totalitarian social structures, whether supported or challenged by cyborgs or computers, will prove to be more adaptive. We could have a future where evil machines rule or where evil humans rule and the machines are the rebels. Whether or not freedom makes people more or less adaptive or enhances individual or race survival is still open to question. For my part, I would not want to live in a world where freedom for sentient beings was not an option. I think the old Social Darwinist argument that the cream always rises to the top and that’s nature’s way is wrong headed. There is no historical necessity in social time, even if there is in evolutionary time. A fundamental flaw in Social Darwinism is that it teaches otherwise. This means that those who fight against freedom include crony capitalists who use their influence to pull the ladders up behind them even as they speciously laud hard work and initiative. It is up to each of us to help stop the future we don’t want from occurring.

In Kropotkin’s view, free association and spontaneous mutual help preserved the human race up until the twentieth century and if permitted to, would continue to create a culture of adaptation that would enhance mankind’s chances for survival and growth. Andrew Carnegie and other successful industrialists may have been self-made men or just very lucky. Either way, the choice of which herd you run with, those who believe in mutual aid or the conflict of each against all, is up to you. In the networked society it is likely that your teams will be cross national and cross cultural which will lead to all sorts of unintended consequences, some of which might be lucrative and others merely amusing. How you participate is up to you and only you. The more you work and play with spontaneous and networked teams that you choose in the spirit of the amateur the greater your chances at making a living at what you love and never having to “work” again.