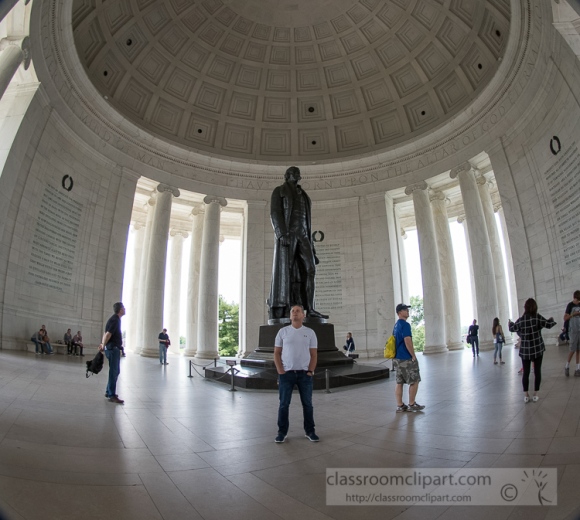 I know many folks who are afraid to go home at night. They don’t stay late because they are very busy. They just don’t want to be seen leaving, as though going home at all was a sign of weakness.

I know others who never say no to any request, no matter how inane or self-serving on the part of the requester. They are afraid of not being perceived as team players.

Some folks have not gotten wise to two simple truths:

There is no job security in acting like a cornered animal. I believe workers act like cornered animals even when they appear to be on top of the world because they don’t feel confident in their roles or that they have earned their positions. I call this phenomenon imposter syndrome.

Actual imposters have perfected the act. Your CEO might be one. This is a good reason not to let employers use moral leverage over you. I define moral leverage as: exploitation of moral sensibility and feelings of vulnerability. In other words, they keep you droning along under the assumption that if you don’t compensate for your lack of competence by being extra hard-working or accommodating you will be fired. If you are that close to being fired for this reason you are definitely in the wrong line of work and should explore other options.

An important step is to realize that there is no moral platform your employer can stand on to evaluate you as a person. What they can legitimately do, and seldom do well, is to evaluate your job performance based on some objective criteria.

Performance evaluations and how they are used and abused could fill a whole book. For right now, it is enough to say that most of us are our own harshest critics. If we give ourselves an honest appraisal based on what we know about our job we will probably rate ourselves as “B” employees – not superstars or losers but solid performers. (Only in Garrison Keillor’s fictional Lake Woebegone are most kids above average.) That being said, we are not incompetents or imposters, so we shouldn’t let anyone make us feel like we are. Unfortunately, delusional corporate leaders think they can and must have organizations with only “A” employees. This is impossible and their efforts to reify this fantasy are self-defeating. Consequently, you must always be an “A,” in anything you submit. They aren’t asking an honest question that deserves an honest answer so you should not compromise your position.

Moral leverage means we feel like we are getting something we don’t deserve so we have to pay with guilt or with effort that has nothing to do with our job or area of expertise. The further we are led away from continuing to exert mastery over ourselves and our environment the more we will be vulnerable to the use of moral leverage. The solution to this is not to avoid ever doing something that is not in our job description, but to make sure we know what we are about and that others know why we are valued as well. To a great extent, this is about attitude.

I am not saying you should walk around with a chip on your shoulder. I am saying that the successful employee is one who is not vulnerable to moral leverage because s/he values herself and her performance even if no one else does.

To briefly return to performance reviews, I have had broad experience giving them and receiving them. My favorite review was a 360o review. I found this to be a great experience and I learned a lot about others and myself in the process. In this kind of review the employee gets input from peers, subordinates and senior managers to get a complete picture of strength and possible areas of improvement. When I did it, I had to work out a plan with my supervisor to improve my “challenge” areas and I worked to implement that plan. Shortly after completing the review I was laid off as part of an across the board, share the pain, 10% staff reduction. Was my candid review used against me? Did it matter at all? I will never know. Several times since then, I have seen performance reviews used to eliminate but not reward or meaningfully challenge employees. I have found no correlation between a good appraisal and advancement. This is a travesty but as with many other issues it is best to be wary and wise and not overly militant or litigious in the area hiring and firing practices. As much as I might value honest appraisals, I don’t encourage you to give them to others – only to yourself. In this age of political correctness and abuse of both data and trust, it is better to say whatever is positive or shut up. This may be one reason why appraisals are seldom given or requested. If you haven’t had one lately don’t ask and don’t tell.

Here are some other tips on an assortment of Human Resources type issues:

Employers and prospective employers use language in Orwellian ways. One silly abuse of language is how they use the word entrepreneurial. In corporate land, entrepreneurial usually means you are willing to work 24X365 for their interests. Nobody is going to look out for your interests for you in a corporate setting. Employers want the benefit of independent thinking without the cost, either in money or in allowing independent minded persons to actually be autonomous. Instead, they operate by the same pseudo-militaristic hierarchies they have inherited. Their rhetoric changes but their basic social structure is medieval. Feudalism is the subculture that the corporation used to replace the dominant ethos of the broader society that was too chaotic and difficult to control. However, they have abrogated the social contract that made feudalism successful for over one thousand years before it was replaced as the dominant form of organization. Ironically, during the Middle Ages, craft guilds arose to take care of business as a sub-culture that was needed to actually get things done. These guilds were the forerunners of the corporation. The sociology of an organization does not always match that of the broader society in which it finds itself. It may form a subculture but there is no guarantee that the sub-culture it forms will have staying power. When the rulers and the ruled have a value exchange that is more or less fair, one may speak of the social structure as being balanced. J.J. Rousseau described this effect in his book The Social Contract. As with any contract under common law, the social contract is broken when one party assumes that the deal is binding on the other party but exists at the pleasure of one party only. Where reciprocity stops so does the validity of the contract. Even Thomas Hobbes said as much in The Leviathan, which is mostly about how the state is sovereign and individuals are subjects to it.

Thomas Jefferson said, “The tree of liberty must be refreshed from time to time with the blood of patriots & tyrants.” He clearly pointed out that it was not only a people’s privilege but also their duty to overthrow a tyrannical government. It can now no longer be said that the corporation is merely a subculture and that the government in Washington or City Hall represents the true government. Citizens in this country serve the master that controls the purse – the boss. This is doubtless a big reason why they increasingly don’t bother to vote. If you are looking for the moral ground on which to stand against unjust authority, I strongly suggest studying the lives of freedom fighters like the radical trouble makers who created the United States of America and the words they left behind.

Once upon a time the serf counted on the local lord for protection and in return paid rent in the form goat or chicken, a few coins when available, and willing hands as required. This social contract still works among wise guys and good fella’s everywhere. You pay protection so the payee doesn’t break your legs and burn your home. Sometimes they might even protect you against their competitors. You might still be able to count on them to hold up their end. Experience should tell you, as it has told me, that you can’t count on your employer for much of anything. You are on your own. Never think that a corporate title means they can lord it over you like you are some sort of serf. If you know your place you are a slave. If you know your worth you are a person.

My grandfather came to the USA in the 1920’s, just in time for the Great Depression. He had a hard life but a good one. Nobody ever gave him anything and he was too proud to ask. He died believing this was the greatest country in the world for one simple reason. Where he came from you were as good as or as limited as your father and his father before him. Your place was fixed by your social caste. He came here and found a society where everyone was free to go as far as his talents would take him. Consequently, nobody was entitled to make you lower your eyes or bow before his magnificence. This is a great country because it lacks an aristocracy, or so he thought. My grandfather died poor. He was not a great economic success. But he was a proud American and a free man.

I am not going to rhapsodize about a golden age or rant about how we have lost our way as a people. My purpose in writing is to share some of what I think can make us live free in a culture that is repressed by illusions of security supported by organizations that depend on many people not knowing how to act like free persons. To expect somebody else, the government for instance, to fix this is to be part of the problem and none of the cure.